Every week our Holiday Hero Neil Simpson takes an in-depth look at a brilliant holiday topic, doing all the legwork so you don’t have to. This week: why Stockholm is perfect for a midsummer mini-break.

Looking for a sunny city break in July or August? Ignore the crowds heading south to Mediterranean cities and instead take a chance on Stockholm, immortalised in Abba’s hit Summer Night City. 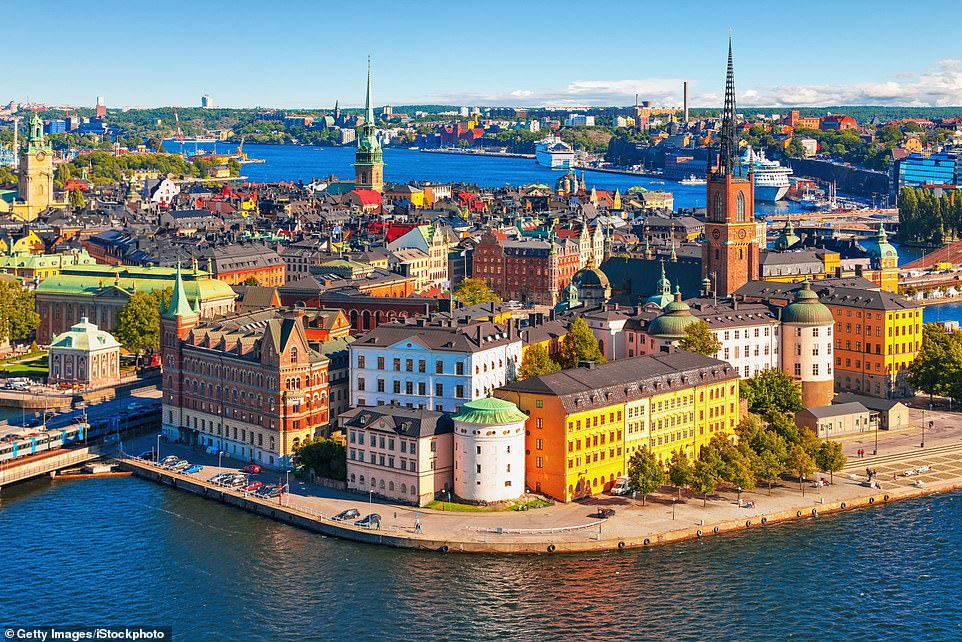 Sweden’s capital, which enjoys balmy summer days with temperatures hovering around 75F (23C), is set on 14 main islands linked by a network of some 60 bridges. Get an overview on the two-hour, Under The Bridges Of Stockholm boat tour where an on-board cafe serves traditional fika (coffee) and pastries such as cinnamon rolls. From £25 (stromma.com).

In the baroque Royal Palace, home to the King of Sweden, you can see silver thrones, ancient bedchambers and vast state rooms. Tickets cost from £17 (kungligaslotten.se). 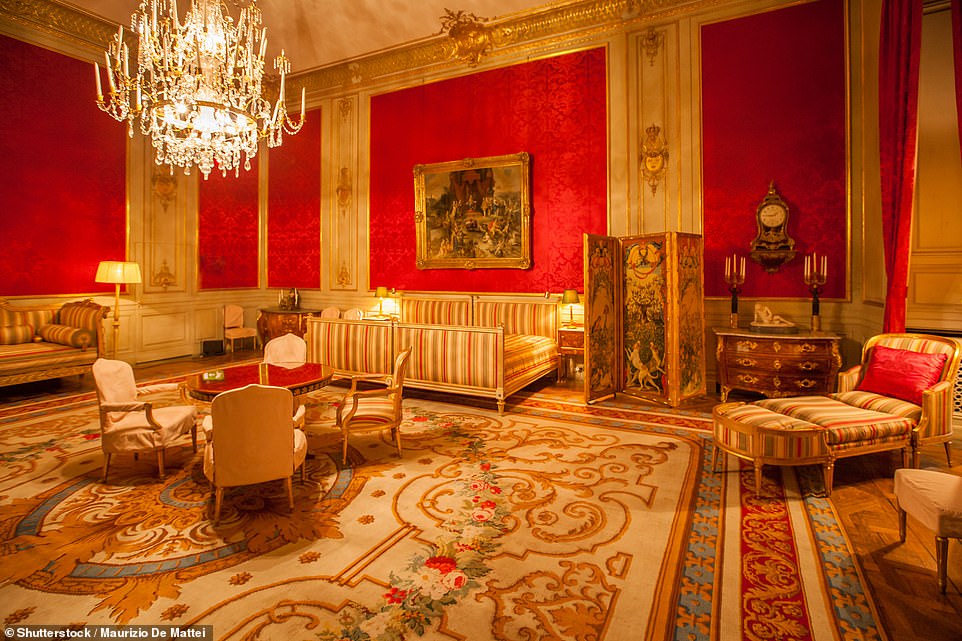 See silver thrones, ancient bedchambers and vast state rooms at the baroque Royal Palace (above), home to the King of Sweden

Nearby there’s a mix of grandeur and Nordic quirkiness in City Hall, where the Nobel Peace Prize is awarded each December. About 18 million gold tiles dazzle in the Golden Hall while Blue Hall is actually brick red – the architect changed the colour scheme at the last minute. Tours cost from £10 (cityhall.stockholm).

Art in the Old Town includes the world’s smallest public sculpture, the 6in (15cm) Boy Watching The Moon outside the Finnish Church.

Stockholm also claims the world’s longest art gallery in its metro system, where you’ll find lavishly decorated stations, especially on the blue line. Stops to see include the lava-like red rocks of Radhuset station and the rainbows of Stadion. 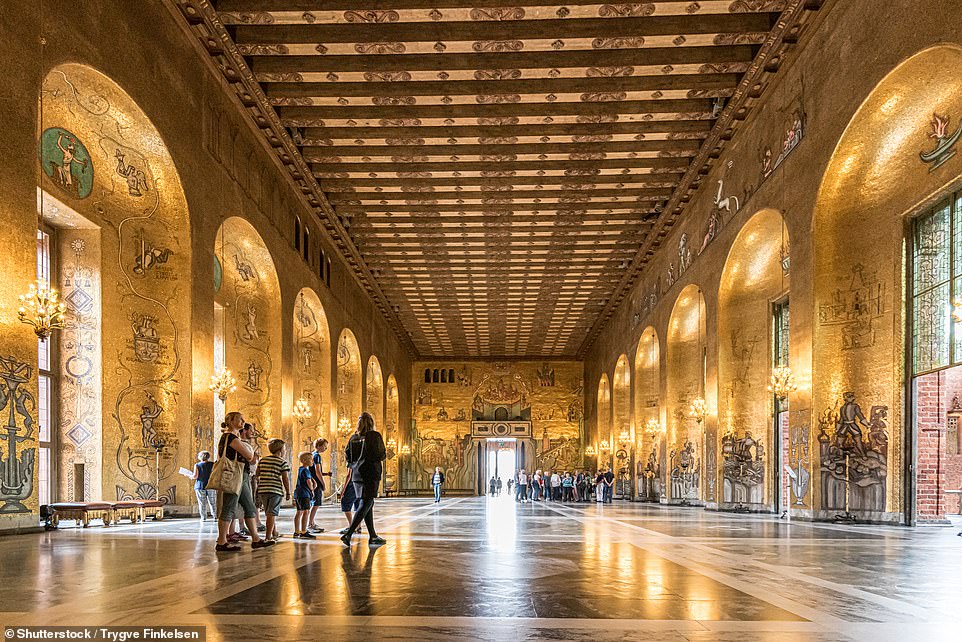 The city promises the world’s ‘most open’ museum in the waterside Fotografiska gallery which never closes before 11pm, while its galleries, cafes and bars are often open till 1am. This summer’s blockbuster is an Andy Warhol exhibition with photos of everyone from Debbie Harry to Dolly Parton. Tickets cost from £12 (fotografiska.com).

A ten-minute ferry ride away is Sweden’s oldest amusement park, Grona Lund, with a mix of old-school charm and modern thrills. Traditional wooden rollercoasters suit the cautious, or there are rides such as Insane for those who like terrifying spins and sudden drops. 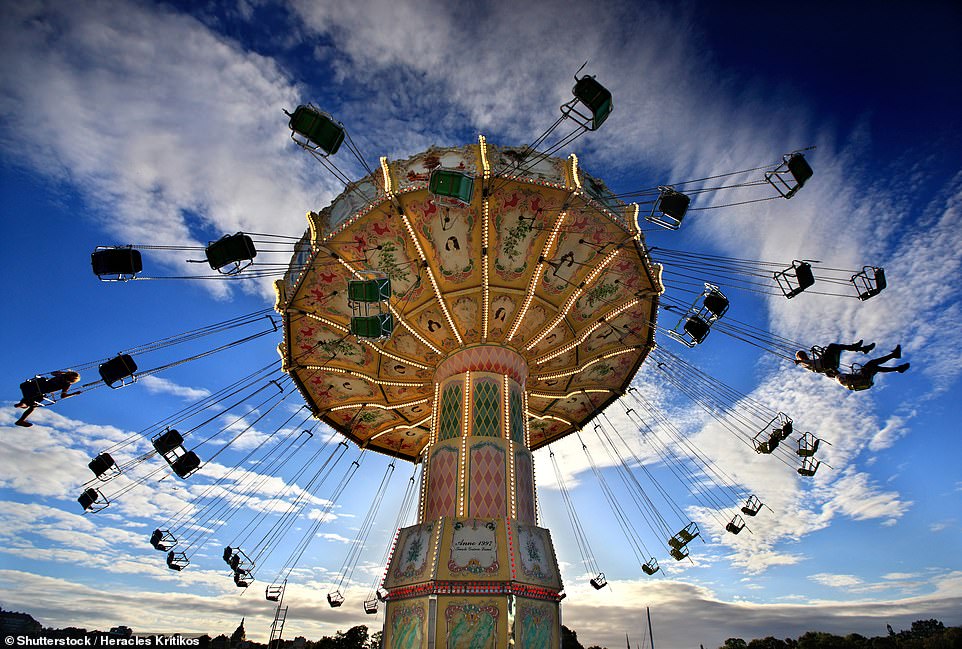 Pictured is a ride at Sweden’s oldest amusement park, Grona Lund, which can be reached from Stockholm via a ten-minute ferry ride 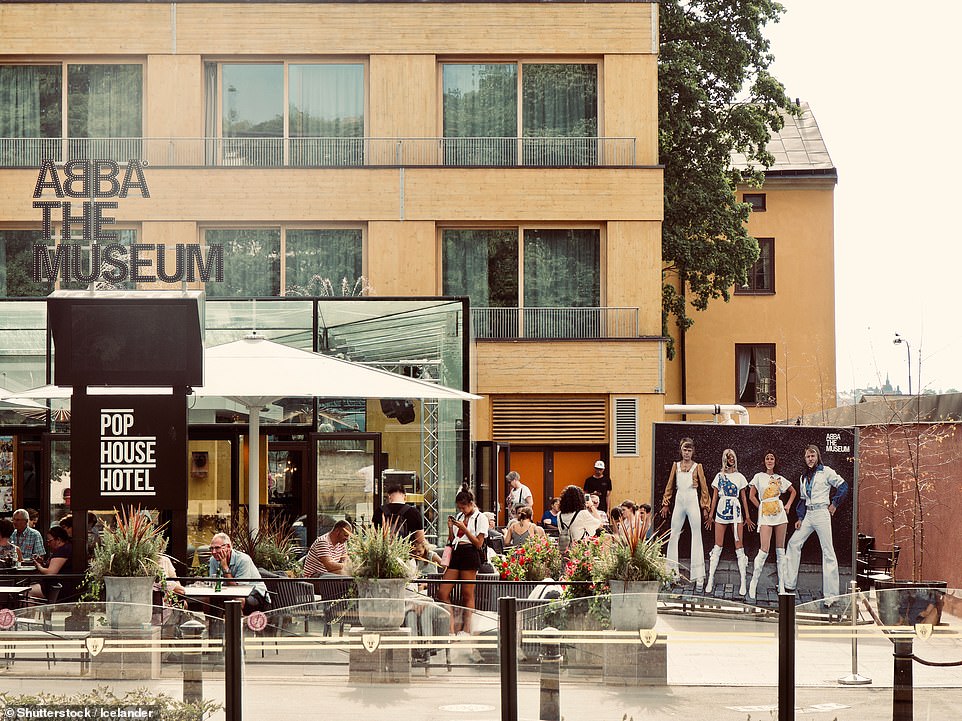 Virtual reality lets you pull on big boots and bellbottoms and join Abba for a singalong at the interactive Abba: The Museum (above)

Adjacent to the park is the interactive Abba: The Museum, with its ‘walk in, dance out’ slogan. As well as memorabilia and costumes, virtual reality lets you pull on big boots and bellbottoms and join the band for a singalong. Tickets cost from £18 (abbathemuseum.com).

While Stockholm’s food scene can boast a dozen Michelin-star restaurants, it is casual, outdoor dining that wins fans in summer. Local favourites include waterside Fafangan and Josefina terraces (visitstockholm.com).

Local hotel chains are a good choices for stylish accommodation. Scandic Hotels has dozens of properties in the city, ranging from modern Scandic Continental to quirky Scandic Downtown Camper. Double rooms from £75 per night (scandichotels.com).