By Stacy Liberatore For Dailymail.com

Toxic ‘forever chemicals’ have been detected at ‘dangerously high levels’ in the drinking water of communities near US Department of Defense (DoD) installations, reveals a new report from the Environmental Working Group (EWG).

Several types of per- and polyfluoroalkyl substances (PFAS), which are chemicals used in products that resists heat, oil and grease, were detected in drinking water in areas near military bases.

Most of the forever chemicals stem from the use of firefighting foam on the installations.

Environmental Working Group (EWG) analyst Policy Analyst Jared Hayes told DailyMail.com in a phone interview: ‘We were just going through the data in the past week or so… PFOA and PFOF are showing up in thousands parts per trillion on some bases.

An OSD PA Deputy Officer told DailyMail.com in an email that the Department is well aware of this data.

‘Since 2016, DoD has sampled and taken action at locations where DoD is the source of PFAS and drinking water exceeded EPA’s 2016 Health Advisory (HA) Levels for PFOS and PFOA,’ the officer continued.

However, Hayes said the DoD may have taken action but the organization does not appear to have lowered levels to the new HAs, which were issued on June 15, 2022 to replace those Environmental Protection Agency (EPA) issued in 2016. 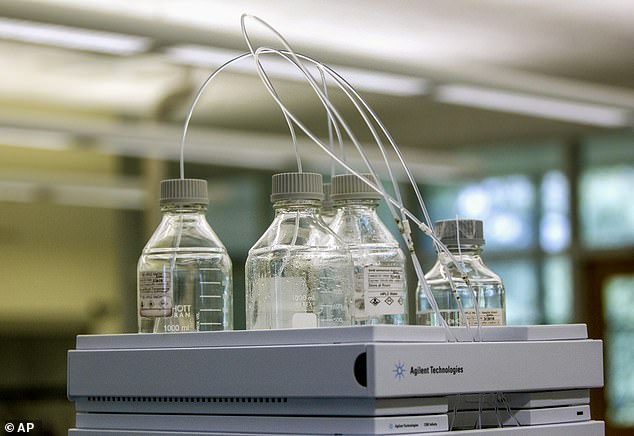 Toxic ‘forever chemicals’ have been detected at ‘dangerously high levels’ in the drinking water of communities near US Department of Defense (DoD) installations. Pictured is a file photo showing equipment used to test for forever chemicals

However, the EPA changed the advisory levels for PFOA and PFOS to levels well below one ppt.

‘DoD continues to perform routine sampling at impacted locations off-base and expand sampling to further investigate and identify locations where there is known or potential risk of PFAS release,’ the officer told DailyMail.com. 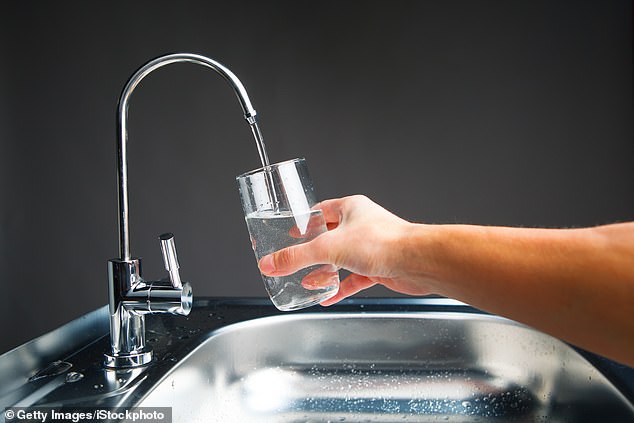 The Department of Defense said they took action to lower levels, but the Environmental Working Group told Daily Mail that these levels far exceed the latest advisories – the Department based its levels on those set in 2016

‘DoD is working through the federal cleanup process to quickly and thoroughly identify PFAS impacts and protect to human health and the environment. ‘

Hayes, however, told DailyMail.com that none of these sites have started a formal clean up for the contaminated water.

‘It is great they [the DoD] is providing [residents with] bottle water, but when can they [the residents] start using their own wells again, Hayes continued.

According to the DoD, it has invested more than $1.5 billion in PFAS related research and cleanup activities.

However, EWG notes PFAS have been detected in the groundwater of nearly 400 military bases across the US and the group suspects there are hundreds of more with dangerous levels.