More than five million honeybees were left to bake in the hot sun, after a shipment bound for Alaska was diverted and left on hot tarmac in Atlanta, by mistake.

Weighing about 800lb, the 200 crates of honeybees were the first of two shipments being sent from Sacramento, California to Anchorage in Alaska, where more than 300 beekeepers were waiting for their pollination services in Apple orchards.

Previous shipments had made it to Alaska, on Delta Airlines flights that went from Sacramento to Seattle, then on to Anchorage, but this one trip was diverted. 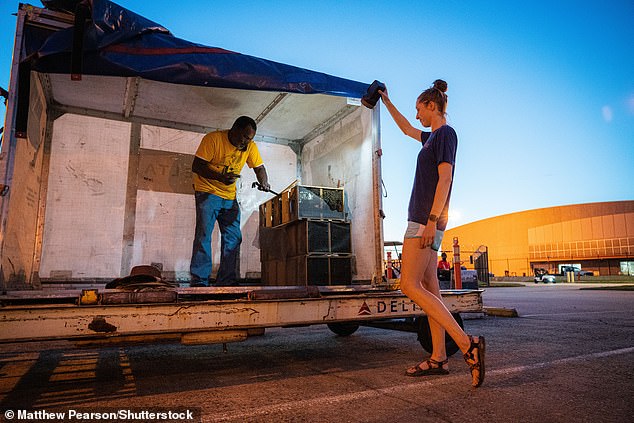 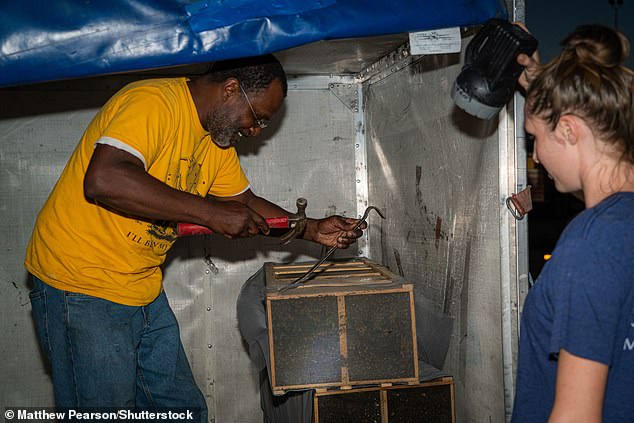 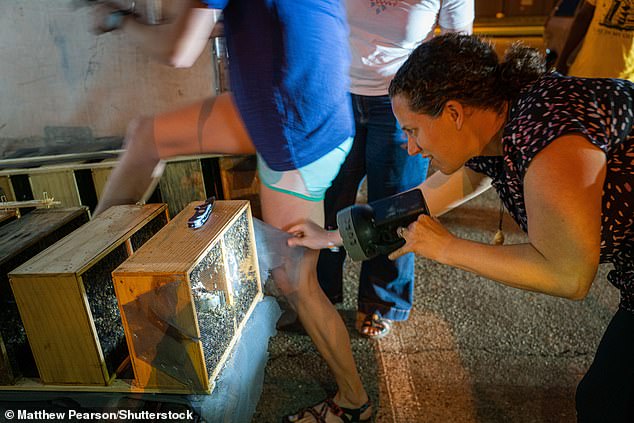 According to a report in the New York Times, there wasn’t room on the flight bound for Seattle, causing it to be rerouted through the Delta hub in Atlanta last Friday, where the bees would then travel on to Anchorage the next day.

While the bees were initially put in a cooler, they were later removed and left on the tarmac, in 83 degree Fahrenheit heat, due to some of them escaping the crate.

After sending a local expert to examine the bees, it was found they had been placed upside down, with no access to food, and millions had died. The rest were given away, meaning none were able to be delivered to Alaska.

The bees were the first of two shipments ordered by Alaska beekeeper Sarah McElrea from a distributor in California. 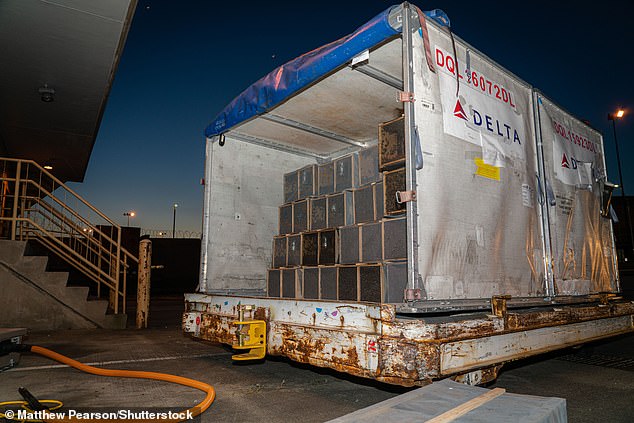 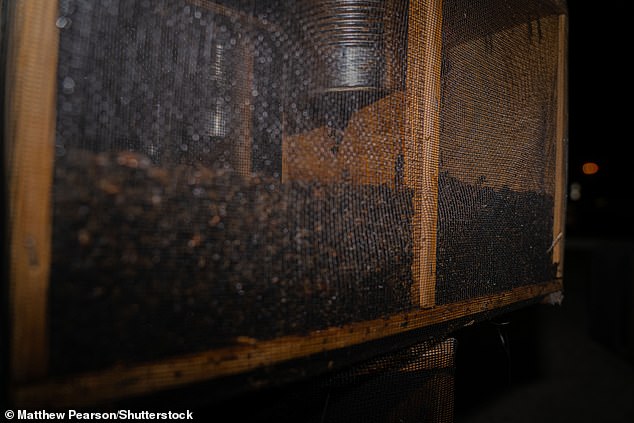 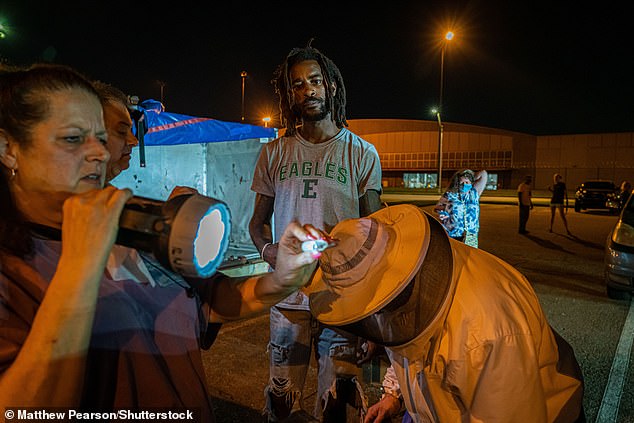 McElrea said she worried when the 800-pound shipment didn’t arrive in Atlanta in time to make the connecting flight. The next day, she said, Delta told her some bees had escaped, so airline workers put the crates holding the bees outside a Delta cargo bay.

In a panic, McElrea reached a beekeeper in Atlanta, who rushed to the airport and discovered that many of the bees had died from the heat and starvation.

Delta called it an ‘unfortunate situation.’

In an emailed statement, Delta spokeswoman Catherine Morrow said the airline ‘was made aware of the shipment situation … and quickly engaged the appropriate internal teams to assess the situation. We have taken immediate action to implement new measures to ensure events of this nature do not occur in the future.’ 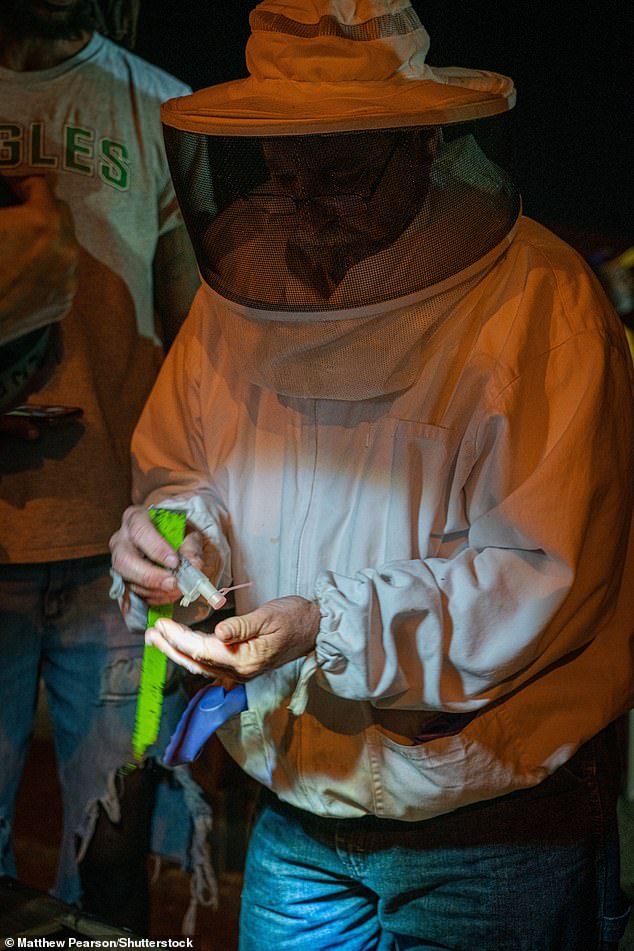 Many of the bees were saved thanks to the quick response of the bee community. Pictured above, an Atlanta beekeeper 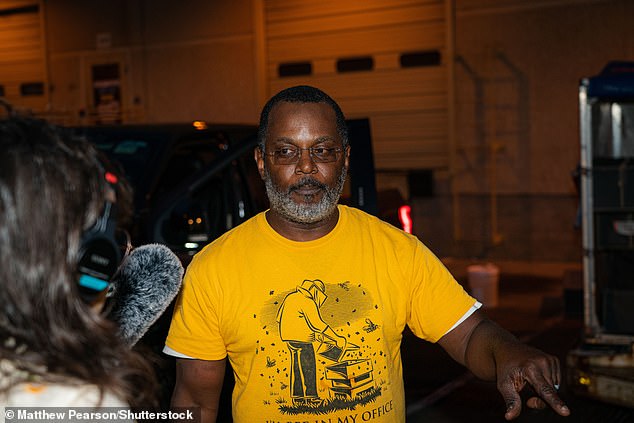 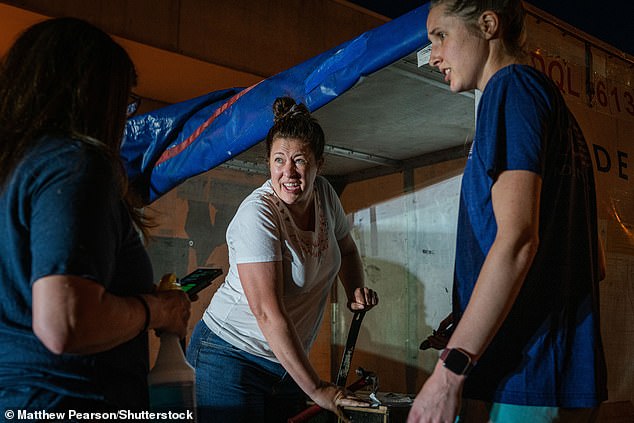 Morrow said Delta apologized to McElrea. The airline declined to make anyone available for an interview.

McElrea said in future she would take a fleet of vehicles to carry the bees directly to Seattle from Sacramento, where they could fly to Alaska.

The bees were to be used to pollinate apple orchards and nurseries in Alaska, where they are not native.

The beekeeper in Atlanta, Edward Morgan, called more than a dozen people to go to the airport and try to save any bees that were still alive.

‘It’s devastating to see that many dead,’ Georgia beekeeper Julia Mahood told Atlanta broadcaster WABE. ‘Just clumps of dead bees that had no chance because they were left outside with no food and basically got lost in Delta´s machinery.’

McElrea, who runs a business called Sarah’s Alaska Honey, said that she had received previous shipments of honeybees on Delta from Sacramento, California, to Anchorage via Seattle many times.

The airline told her that last weekend’s shipment didn’t fit on the plane, so they were rerouted through Atlanta.

McElrea said her supplier in California will replace the shipment, which was worth about $48,000.

She said she is hoping Delta provides some help, although she acknowledged that shipping live animals carries risk. 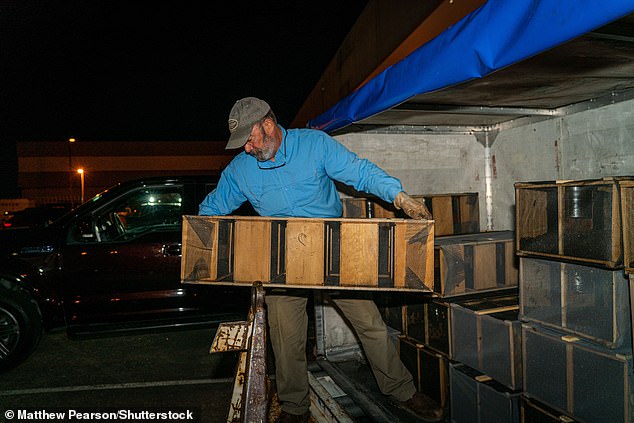 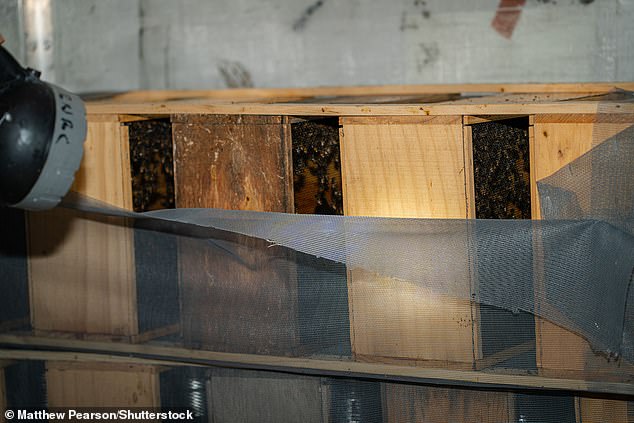 A flashlight shines in as a beekeeper examines the state of the stranded bees. The vast majority of the bees died in the heat, but several thousand were rescued 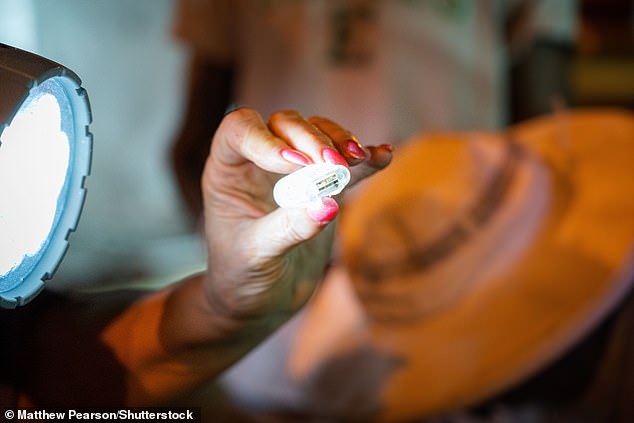