One of the world’s leading computer engineers believes the metaverse, the idea that caused Mark Zuckerberg to rebrand his whole company, could one day ‘make reality disappear.’

In a recent op-ed, Louis Rosenberg, a computer scientist known for developing the first functional augmented reality system at Air Force Research Laboratory and founding virtual reality company Immersion Corporation, believes that by integrating virtual reality and augmented reality and having people interact in the digital realm for a significant portion of their day, it could ‘alter our sense of reality’ and distort ‘how we interpret our direct daily experiences.’

‘Our surroundings will become filled with persons, places, objects, and activities that don’t actually exist, and yet they will seem deeply authentic to us,’ Rosenberg penned in the piece, published by Big Think.

Although he did not specifically mention old Zuckerberg or Meta by name, Rosenberg made a clear reference that he is deeply worried about the ‘platform providers’ that will have the infrastructure. 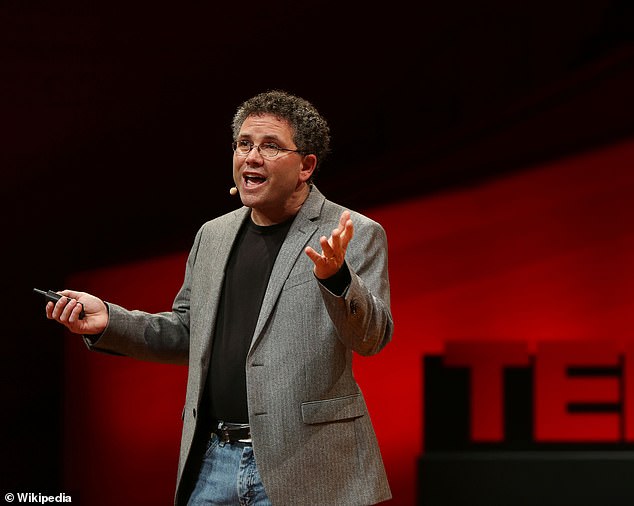 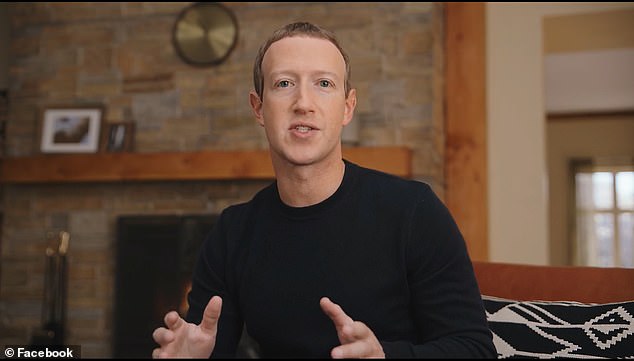 Rosenberg is deeply worried about the ‘platform providers’ that will have the metaverse infrastructure. Meta CEO Mark Zuckerberg has previously suggested the metaverse will be the future of his company

‘…I am concerned about the legitimate uses of AR by the powerful platform providers that will control the infrastructure,’ Rosenberg added.

Zuckerberg has previously suggested the metaverse is the future of his company, and has been talking up the idea since July.

‘And my hope, if we do this well, I think over the next five years or so, in this next chapter of our company, I think we will effectively transition from people seeing us as primarily being a social media company to being a metaverse company,’ Zuckerberg said in a July interview with The Verge.

What is the metaverse?

The ‘metaverse’ is a set of virtual spaces where you can game, work and communicate with other people who aren’t in the same physical space as you.

‘It’s not necessarily about spending more time online — it’s about making the time you do spend online more meaningful.’

While Facebook is leading the charge with the metaverse, it explained that it isn’t a single product one company can build alone.

‘And it won’t be built overnight. Many of these products will only be fully realized in the next 10-15 years.’

Rosenberg, 62, also worries that augmented reality technology, such as glasses (like those produced by Meta and reportedly being worked on by Apple) or contacts will eventually force people to ‘become thoroughly dependent on the virtual layers of information projected all around us.’

‘It will feel no more optional than internet access feels optional today,’ Rosenberg, who made his fortune in technology, explained.

‘You won’t unplug your AR system because doing so will make important aspects of your surroundings inaccessible to you, putting you at a disadvantage socially, economically, and intellectually.

‘The fact is, the technologies we adopt in the name of convenience rarely remain optional — not when they are integrated into our lives as broadly as AR will be.’

In addition to the fact he notes society is living in ‘dangerous times,’ augmented reality ‘has the potential to amplify the dangers to levels we have never seen.’

Rosenberg cited one example that is particularly worrisome to him about a future in which the metaverse overcomes reality:

‘Imagine walking down the street in your hometown, casually glancing at people you pass on the sidewalk.

‘It is much like today, except floating over the heads of every person you see are big glowing bubbles of information.

‘Maybe the intention is innocent, allowing people to share their hobbies and interests with everyone around them.

‘Now imagine that third parties can inject their own content, possibly as a paid filter layer that only certain people can see. And they use that layer to tag individuals with bold flashing words like “Alcoholic” or “Immigrant” or “Atheist” or “Racist” or even less charged words like “Democrat” or “Republican.”

‘Those who are tagged may not even know that others can see them that way.

The virtual overlays could easily be designed to amplify political division, ostracize certain groups, even drive hatred and mistrust.

‘Will this really make the world a better place? Or will it take the polarized and confrontational culture that has emerged online and spray it across the real world?’ 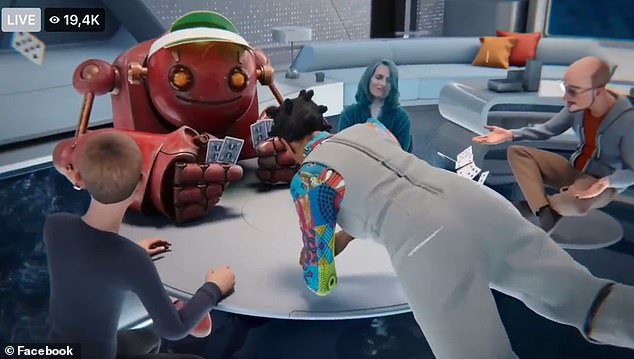 Rosenberg is concerned that the metaverse could make many of society’s technology problems — deepfakes, botnets, troll farms and more — worse, because humans won’t leave the digital realm

The tech bigwig is also concerned the metaverse could make many of society’s technological problems — deepfakes, botnets, troll farms and more — worse, because humans won’t leave the digital realm.

‘With the rise of AR, this last bastion of reliable reality could completely disappear,’ he wrote.

‘And when that happens, it will only exacerbate the social divisions that threaten us.’

WHAT’S THE DIFFERENCE BETWEEN AR AND VR?

In contrast, augmented reality layers computer-generated images on top of an existing reality

Despite all the negativity surrounding the metaverse and its implications on society, Rosenberg did add that AR could be beneficial and enrich people’s lives in ‘wonderful ways,’ specifically citing faster and better surgery, as well as untold revolutions in entertainment, education and more areas of the economy.

‘But AR also will make us even more dependent on the insidious layers of technology that mediate our lives and the powerbrokers that control those layers,’ he wrote.

‘This will leave us increasingly susceptible to manipulations and distortions by those who can afford to pull the strings.

‘If we are not careful now, AR could easily be used to fracture society, pushing us from our own information bubbles into our own custom realities, further entrenching our views and cementing our divisions, even when we are standing face-to-face with others in what feels like the public sphere.’

The New York Times recently detailed some areas where the ‘metaverse’ is already starting to happen, including Nintendo’s popular Animal Crossing, or video games such as Roblox and Fortnite, all of which can be played on mobile devices and game consoles.

After a worldwide economic collapse, the US has been broken up into different regions owned by powerful organizations and entrepreneurs who use their regions for various purposes, often nefarious in nature.

People spend much of their time in the ‘Metaverse’, a virtual multi-player world where people own virtual homes, visit ‘bars’ and go celebrity spotting.

Stephenson is credited with creating the ‘metaverse’ phrase as a successor to the internet.