After showing off new feature concepts to improve privacy and user discoverability on its micro-blogging platform, Twitter has shown off a redesigned version of its account management app TweetDeck. The company recently announced that a preview of the redesigned TweetDeck website is rolling out to a select few users in the US, Canada, and Australia.

As per the official tweet, Twitter has rolled out a new preview version of TweetDeck to a limited number of users. The redesigned version comes with “enhanced functionality that incorporates more of what you see on twitter.com.” You can check out the tweet attached right below.

Starting today, we’re rolling out a preview of the new & improved version of TweetDeck to a limited number of accounts, with enhanced functionality that incorporates more of what you see on https://t.co/8FModRv1sl. pic.twitter.com/rX0WhSKgmI

The micro-blogging giant, in an interview with The Verge earlier this year, said that the company is aiming to overhaul TweetDeck “from the ground up.” Now, in the preview version, Twitter has added a few new functionalities. As per Kayvon Beykpour, the Product Lead at Twitter, the new features include a full Tweet Composer, new column types, new advanced search features, and a new way to group columns (Decks).

With these new features, Twitter is aiming to make it a more comprehensive account management app for users. Through this initial preview test with randomly selected accounts, Beykpour says that they are “exploring how [they] can give people more customization and control using TweetDeck.” Furthermore, the development team will “take these lessons into account as [they] explore what TweetDeck could look like within Twitter’s subscription offerings later on.”

How to Try Out TweetDeck Redesign Right Now

If want to try out the new TweetDeck redesign right now, app reverse engineer Jane Manchun Wong has shared on Twitter a simple browser tweak that lets users opt-in for the preview test.

1. Open the TweetDeck website in a browser on your Windows and Mac computer.

2. Then, right-click anywhere on the website, and select “Inspect Element” from the context menu. 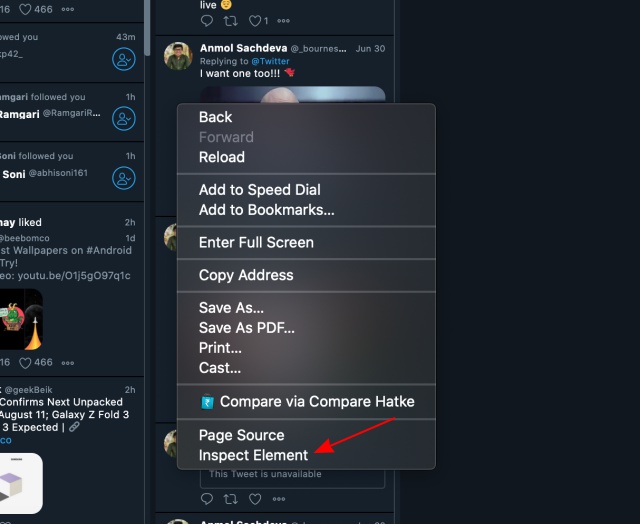 3. Then, click on “Console” in the developer tools window. 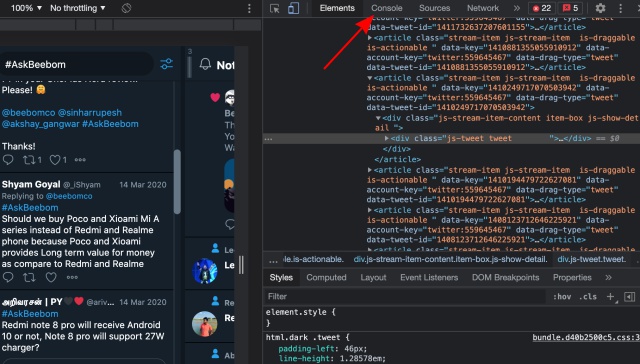 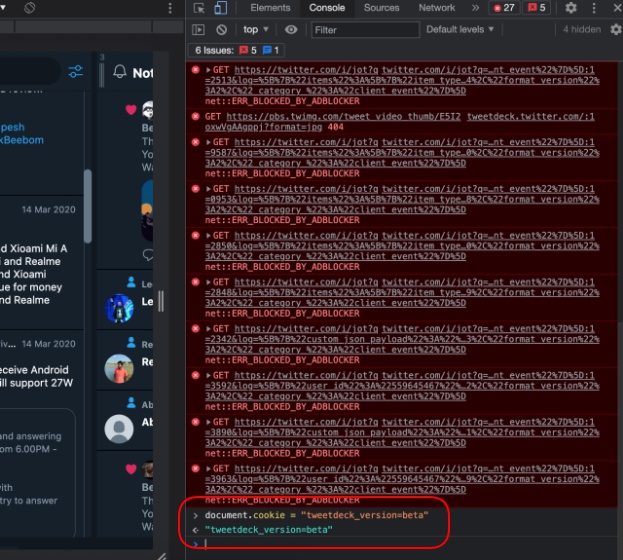 4. Finally, refresh the website to see a preview of the TweetDeck redesign.

5. If, at any time, you want to go back to the current design, you can go back to the Javascript Console and enter the following commands – document.cookie = "tweetdeck_version="And voila, you no longer have to use the new design.

As for the global availability of the new TweetDeck version, there is no information on that as of now. Twitter says we will hear more about the developments in the coming days. If you get the preview version, do share your opinion with us in the comments below.