After much anticipation, Samsung has today officially announced that its next major Galaxy Unpacked event will be held on August 11. The Korean giant will launch an array of new devices at the event, including new foldables, Galaxy Buds 2, and more. Unfortunately for Samsung, most of the devices that the company is going to launch next month have already leaked online over the past few weeks.

Samsung made the announcement for the August 11 Unpacked event via an official blog post. Furthermore, the company has opened reservations for its next-gen foldables, the Galaxy Z Fold 3 and Galaxy Z Flip 3, which it will unveil during the event.

Now, if you have been following the online tech community, chances are that you have already seen the upcoming Galaxy foldable devices in leaks and renders. In fact, just days ago, we saw reputable tipster Evan Blass (@evleaks) leak the entire lineup of products that Samsung will be announcing at the event.

So, as per the previous leaks and rumors, the Samsung Galaxy Z Fold 3 and the Galaxy Z Flip 3 will be Samsung’s next-gen foldable smartphones. Although we have already seen the renders of both the devices leak online, there are few details available about their internals and specs.

However, we know that the Galaxy Z Fold 3, which is the company’s in-folding, phone-cum-tablet device will be the first Samsung device to feature an Under Display Camera (UDC) to offer a bezel-less, full-screen display. There will be a punch-hole cutout on the cover (outer) display to house a selfie snapper. Furthermore, the Galaxy Z Fold 3 will come with S Pen support.

The Galaxy Z Flip 3, on the other hand, will be the successor of the company’s clamshell-style foldable device, the Galaxy Z Flip 5G. The Galaxy Z Flip 3 is rumored to feature a 1.9-inch cover display, which is significantly bigger than its predecessor. Moreover, the upcoming device will come with a two-tone design.

Other than these, Samsung is also rumored to unveil the much-awaited Galaxy S21 FE. Although not much is known about the device as of now, we know that it will come in four colors – white, gold, purple, and black. Furthermore, it is expected to feature a 6.4-inch display and a triple-camera setup at the back with lower-end lenses than the flagship Galaxy S21 series due to price constraints. 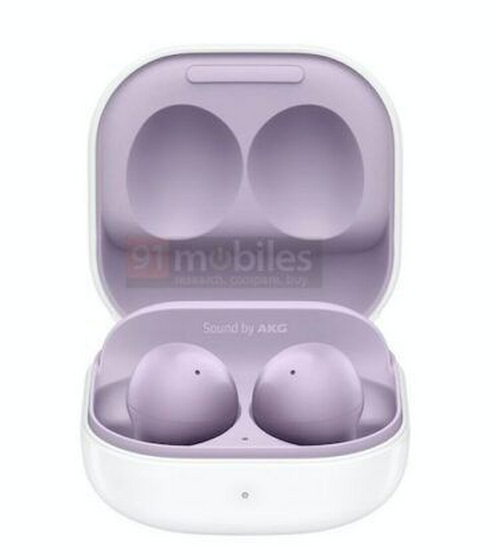 Apart from these, the company will also unveil the Galaxy Buds 2 TWS earbuds. As per the previous leaks and rumors, the earbuds will come in a new, dual-tone charging case. There will be four color variants that are rumored for the Galaxy Buds 2 – green, purple, white, and black.

So, these are all the products that Samsung will launch during the Galaxy Unpacked event on August 11. It will be live-streamed on the company’s official website at 10 AM ET (7:30 PM IST).