Apparently, everything is always sunny in Cupertino, even when it’s not.

Apple’s weather app does not show any temperatures of 69 degrees as part of iOS 14, instead choosing to show the reading as 68 or 70 degrees, The Verge reports.

The app also appears to have issues showing a reading of 65 or 71 degrees, which do not have any sexual connotation.

DailyMail.com has checked a number of locations around the US, including Cape Cod and Foxborough, Massachusetts, as well as Apple’s hometown of Cupertino, California and confirmed the results.

Apple’s weather app does not show temperatures of 69 degrees as part of iOS 14. A check by DailMail.com showed Cape Cod at 70 degrees 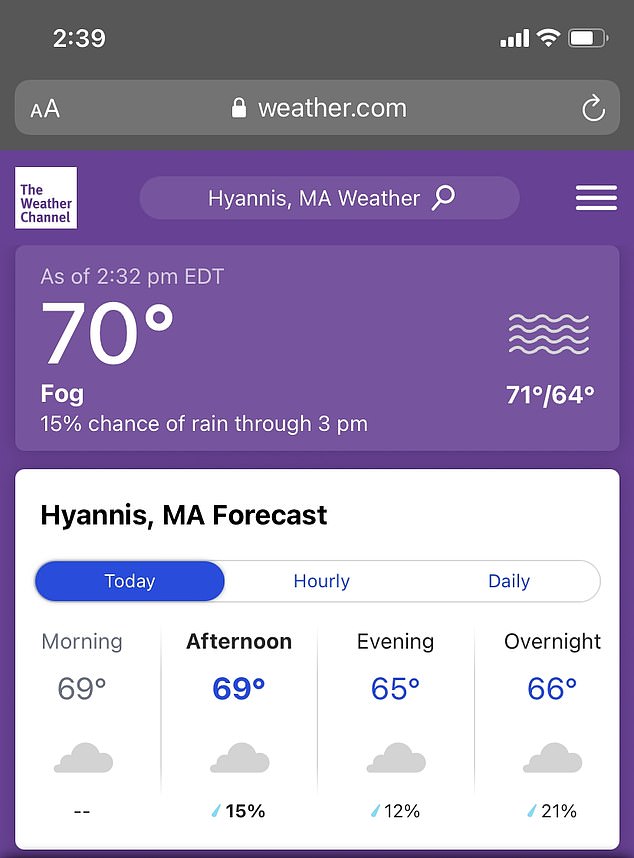 However, a click through to the data from Weather.com shows the correct reading of 69 degrees

A similar occurrence happened in Foxborough, Massachusetts, which also showed a reading of 70 degrees. 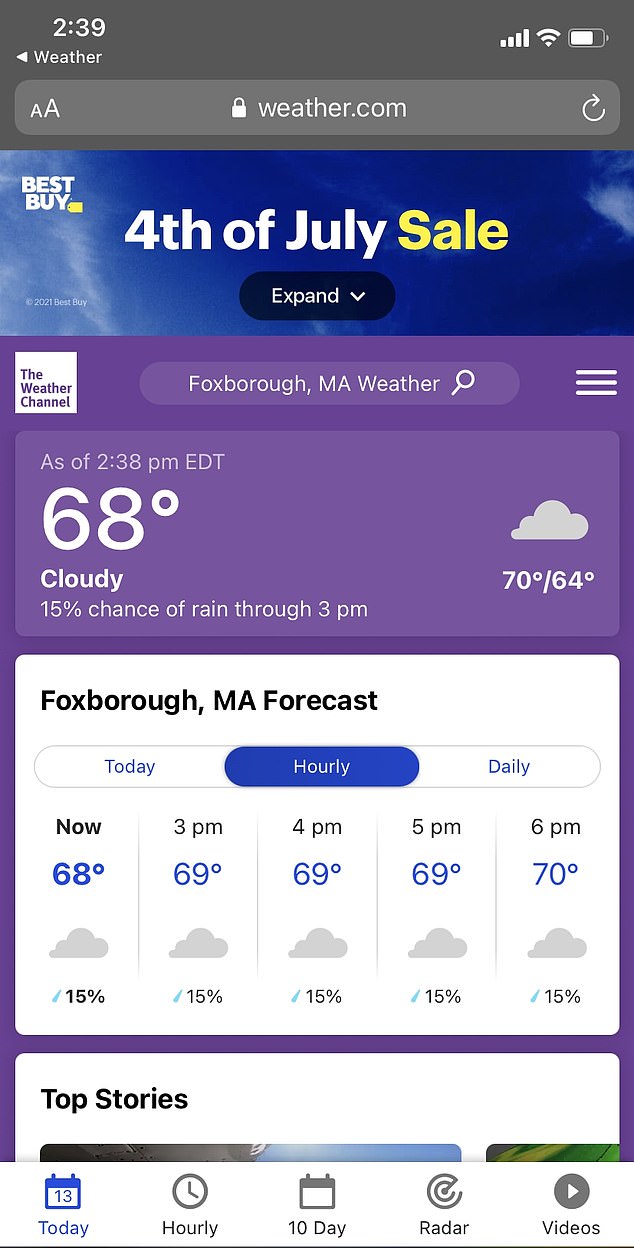 Upon clicking through to Weather.com for Foxborough, a reading of 69 degrees was seen

It’s unclear if it is a deliberate quirk in the app or if it is a rounding error, given that Apple sources the data from Weather.com, which shows the proper temperature when a user clicks through.

It could be that Apple sources the data in Celsius and is then converted to Fahrenheit.

The app also appears to have issues showing a reading of 65 or 71 degrees, which do not have any sexual connotation 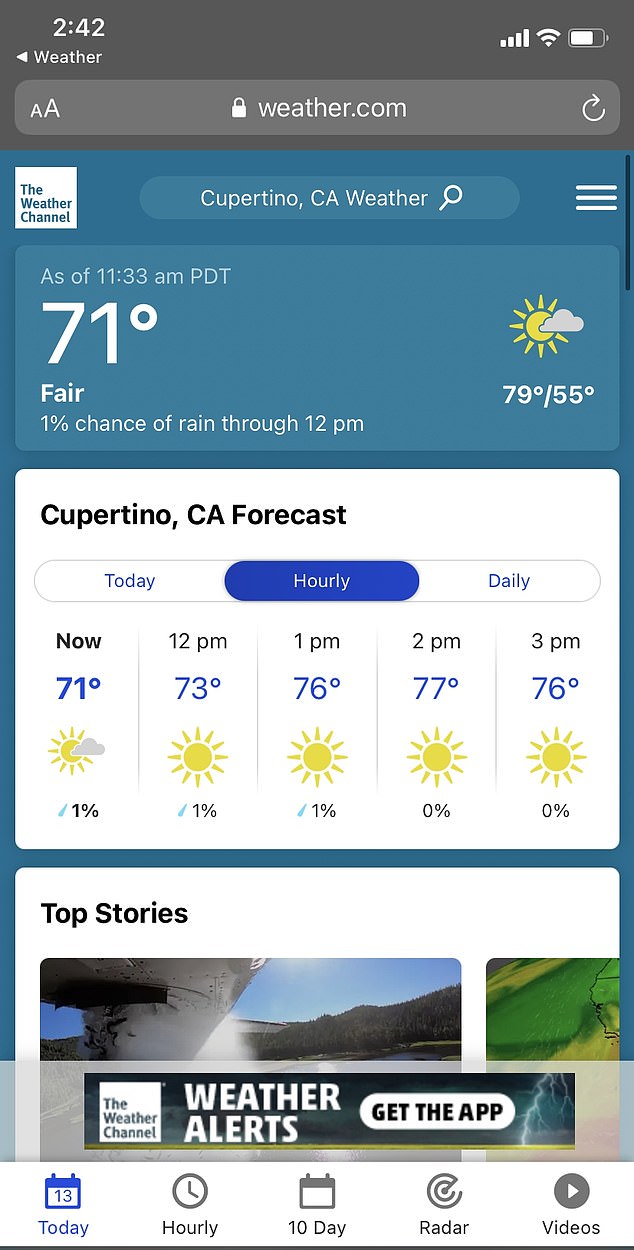 Apple acquired Dark Sky in March 2020 and killed off the Android version of the app last year. It is still available for purchase in the App Store for $3.99.

DailyMail.com has reached out to Apple with a request for comment for this story.

The Tim Cook-led tech giant is slated to release the newest version of its mobile operating system, iOS 15, sometime this fall after announcing it in June.

As part of iOS 15, FaceTime will see a number of improvements, including 3D audio, portrait mode that blurs backgrounds and a grid view for video conferences that competes with Zoom.

A new SharePlay feature, allowing users to enjoy the same movie or music using just their iPhone or iPad, will also be a part of iOS 15.

The feature is compatible with Apple TV and Apple Music, along with content from Disney+, Hulu, HBO Max, Twitch, TikTok and more.

Apple’s AirPods are also getting improvements with the new iOS 15, which will boost the sounds of people talking to you, improve Find My support and improved range of notifications.

Notifications will also look a little different following the download of iOS 15 – they will have photos and larger icons.

This is part of Apple’s new Focus feature that lets users decide how notifications appear on their iPhone or iPad.

This includes timing when certain notifications will pop up, such as snoozing them while you are working or allowing them when you go for your daily walk.

The camera is also benefitting from the new operating system and will feature Live Text that is capable of identifying and scanning text in photos.