If you’ve been having trouble finding love on dating apps, you might want to try dating one of your friends, a new study suggests.

The study authors, based in British Columbia, Canada looked at data from just under 2,000 couples of different demographics.

They found two thirds started out as just friends, suggesting that establishing a platonic connection with someone first is conducive to a solid romantic relationship later.

The study suggests that the cliché of falling in love at first site – a frequent trope in the Hollywood movies of the silver screen – is slightly outdated in the 21st century. 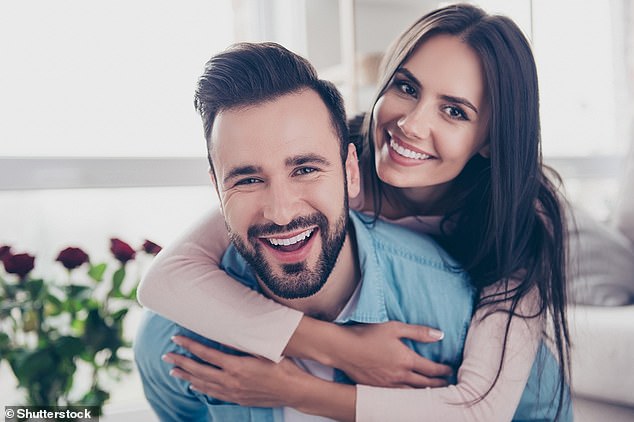 Built on a more solid foundation? The fact ‘friends-first relationships’ made up such a high portion of the total suggests getting to know someone first is key to a lasting romantic relationship

In fact, getting to know someone as friends first could be more effective than starting a relationship off in a sexual context, such as by using dating apps like Tinder and Bumble or going on blind dates.

‘There are a lot of people who would feel very confident saying that we know why and how people choose partners and become a couple and fall in love, but our research suggests that is not the case,’ said study author Danu Anthony Stinson, a psychology professor at the University of Victoria, Canada.

‘We might have a good understanding of how strangers become attracted to each other and start dating, but that’s simply not how most relationships begin.’

THE RISE OF ONLINE DATING

The first ever incarnation of a dating app can be traced back to 1995 when Match.com was first launched.

The website allowed single people to upload a profile, a picture and chat to people online.

The app was intended to allow people looking for long-term relationships to meet.

eHarmony was developed in 2000 and two years later Ashley Madison, a site dedicated to infidelity and cheating, was first launched.

In 2012, Tinder was launched and was the first ‘swipe’ based dating platform.

After its initial launch it’s usage snowballed and by March 2014 there were one billion matches a day, worldwide.

In 2014, co-founder of Tinder, Whitney Wolfe Herd launched Bumble, a dating app that empowered women by only allowing females to send the first message.

For the study, Professor Stinson and colleagues analysed data from nearly 1,900 university students and crowdsourced adults.

In all, 68 per cent reported that their current or most recent romantic relationship began as a friendship.

There was little variation across gender, level of education or ethnic groups, the researchers found.

But the rate of friends-first relationships was particularly high among 20-somethings and within LGBTQ+ communities.

In both these demographics, 85 per cent of romantic couples started out as just friendships.

Among university students, those in a relationship with someone they were initially friends with were friends for around one to two years.

Researchers noted that the vast majority of these participants reported that they did not enter their friendships with romantic intentions or attraction.

This average length of pre-romance friendships indicates the couples were genuine, platonic friends before transitioning to romance.

Interestingly, 47.4 per cent of the students reported that starting as friends was their preferred way of developing a romantic relationship, making it far and away more popular than other options presented, such as meeting at a party or online.

Given the prevalence of romantic relationships that begin platonically, Professor Stinson would like to see further studies examining romantic couples starting out as friends, which is often overlooked by researchers.

For example, when examining a sample of previous studies on how relationships begin, the authors found nearly 75 per cent focused on the spark of romance between strangers.

Only eight per cent centered on romance that develops among friends over time. 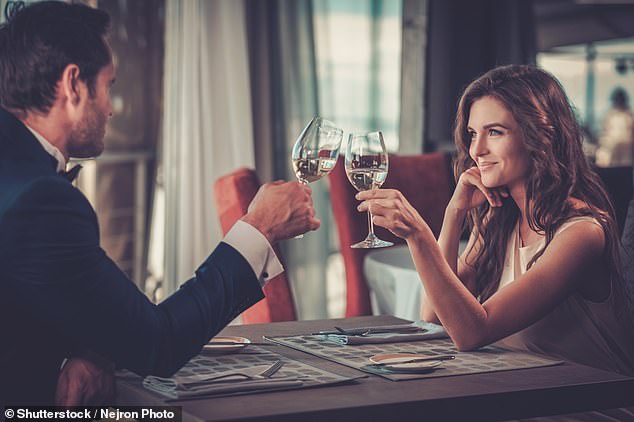 ‘Relationship initiation studies published in popular journals and cited in popular textbooks overwhelmingly focus on romance that sparks between strangers and largely overlook romance that develops between friends,’ the study authors say.

‘This limited focus might be justified if friends-first initiation was rare or undesirable, but our research reveals the opposite.’

Professor Stinson also hopes the research will push people to revisit their preconceived notions about love and friendship.

The study has been published in the Social Psychological and Personality Science.

More than half of online daters are seeking long-term relationships after the coronavirus lockdown is lifted, according to a survey.

Dating app Bumble, which is known for putting ‘women first’, estimates that 52 per cent of its UK users will seek a steady partner post-social distancing.

‘Pre-dating’ video chats – a feature that lets users meet online before an in-person date – has also seen more than a 40 per cent rise in lockdown, Bumble reported in May 2020.

This shift to video to meet people during lockdown has left a lasting imprint and is ‘here to stay’, the app’s developer has said.

The pandemic has also sparked a ‘slow love trend’ that gives users more time to allow a romantic attachment to naturally flourish.

‘Digital intimacy’ – including the sending of intimate photos and video via the app – is also expected to become more important by half of respondents.

The company used internal data and online polling between May 15-18 2020 with a sample of 726 men and women from the UK, to find out more about changes to dating habits mid-lockdown – and any lasting long-term effects.