A rare, sealed copy of Nintendo’s original The Legend of Zelda sold at auction for $870,000 on Friday, setting a record for the most expensive video game.

Dallas-based Heritage Auctions auctioned off the unopened game, which was hovering at around $115,000 on Thursday.

It’s one of many sought-after vintage console games in Heritage’s first video-game auction, which ends July 10.

The copy of Zelda, housed inside a plastic case, has a grade of 9.0 from Wata Games, a game grading company.

It’s a No Rev-A Round SOQ model, which was produced in late 1987, before being replaced by the Rev-A variant in 1988.

Round SOQ signifies that it had a round seal of quality (SOQ), compared to the oval seal used in later versions. 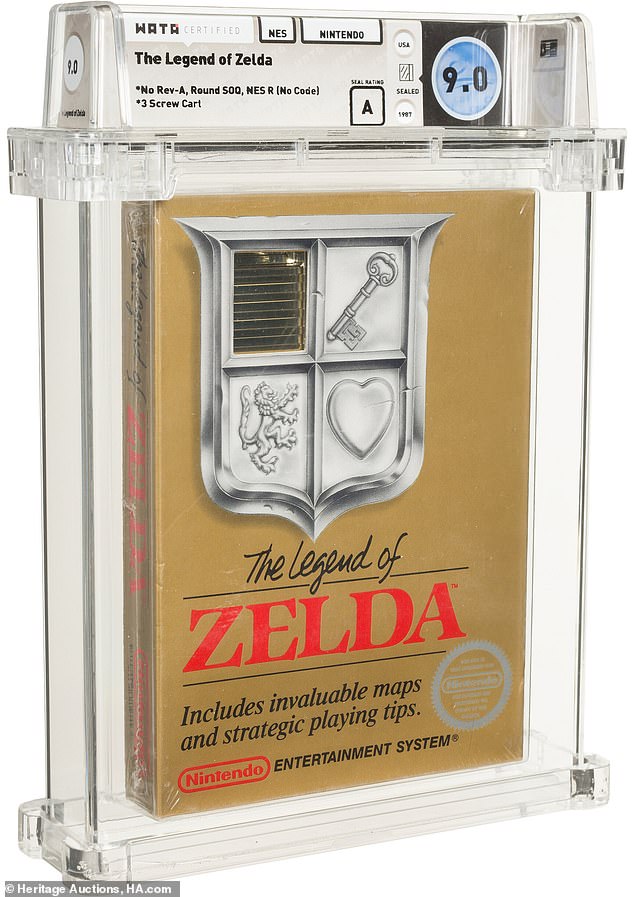 Dallas-based Heritage Auctions auctioned off an unopened copy of The Legend of Zelda for $870,000, the most ever paid at auction for a video game

‘I had a lot of confidence in this game, and, yet, I still feel like the reality of today’s bidding exceeded my vision of how it would play out,’ Heritage Auctions Video Games Specialist Valarie McLeckie said in a statement. ‘Making history is never an easy thing. I’m just really proud we got to be part of this yet again.’

While Heritage sold a copy of Zelda in September 2020 for $50,400 and another in April 2021 for $38,400, the oneon auction this week was in a category all its own, the company said in the product description.

‘While it is a hard truth, it is a truth nonetheless — none of the copies we’ve offered of this title previously could even attempt to hold a candle to this one due to its incredibly rare variant that holds early production status. This matter is completely inarguable.’

Wata noted that early Nintendo games had cartridges made with five screws, but later editions switched to a three-screw design.

‘To denote it, Nintendo decided it was necessary to change the box, as well as the cart label and other pieces contained with the game,’ including marking it with a ‘Rev-A,’ Wata said in a statement. 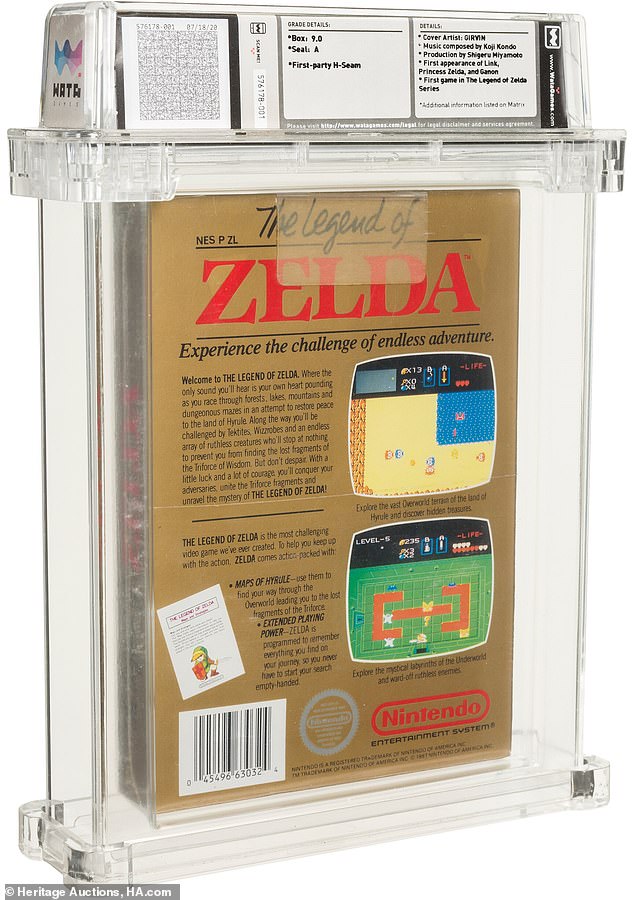 The copy auctioned off is a rare No Rev-A Round SOQ model, which was produced in late 1987, before being replaced by the Rev-A variant in 1988

According to Heritage, this version of Zelda was only produced for a few months in late 1987, before it was ultimately replaced by the ‘Rev-A’ variant in early 1988.

‘Essentially, this copy is the earliest sealed copy one could realistically hope to obtain,’ the auction house said.

‘Only one other variant precedes the offered ‘NES R’ variant and that is the ‘NES TM’ variant, which is the true first production run.’

It’s widely believed that only a single sealed ‘NES TM’ cartridge exists, Heritage said, and there’s no telling when or if it will ever come to market. 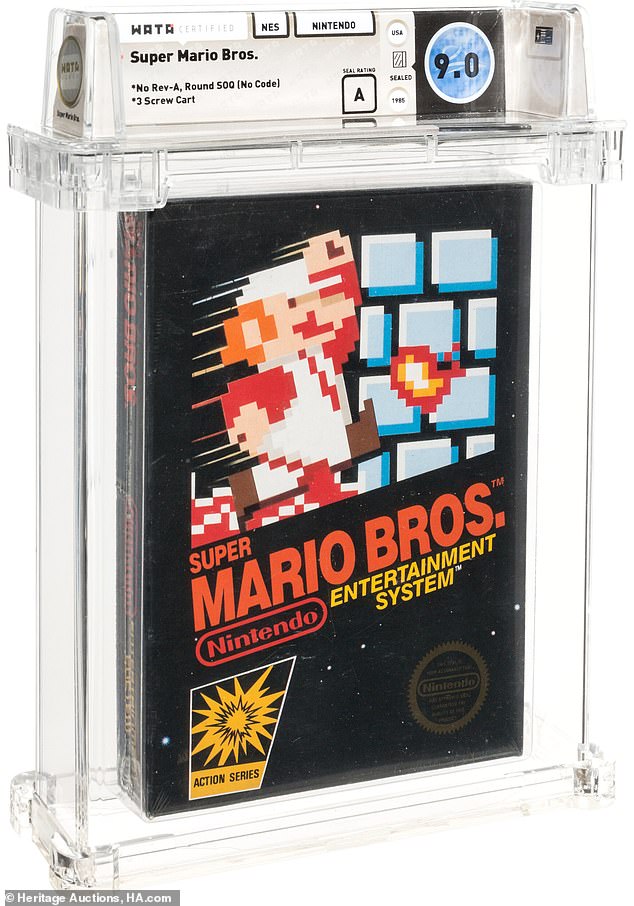 A sealed copy of the original 1985 Super Mario Bros. game, with a 9.0 rating, sold for $228,000, one of just several high sellers at Heritage’s first video game auction

”The Legend of Zelda’ marks the beginning of one of the most important sagas in gaming; its historical significance can’t be understated,’ McLeckie said in an earlier statement.

‘This is the only copy from this production run we’ve ever offered in sealed condition, and may very well be the only one we ever offer in this elite level of preservation for many years.

‘Its rarity is superior to that of any sealed game we’ve offered to date, it is a true collector’s piece,’ she added. 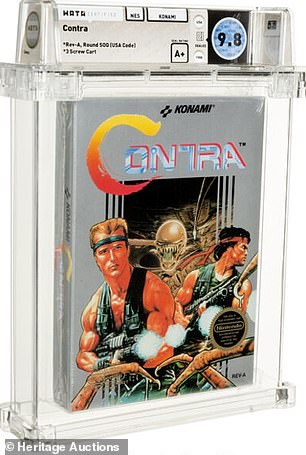 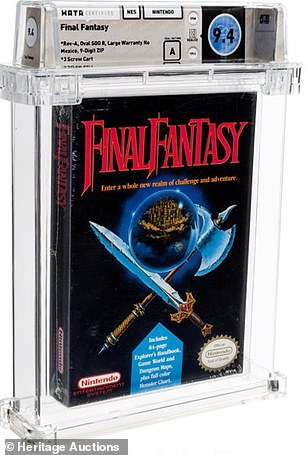 In November, it auctioned off another copy for $156,000 at auction, a record at the time.