At WWDC 2021 earlier this week, Apple released macOS 12 Monterey, along with iOS 15, iPadOS 15, watchOS 8, and other developer tools. Now, although macOS 12 brings a bunch of nifty features for apps like Safari, FaceTime, and Messages, it seems like Apple will be restricting many of them to the M1-powered Macs. Hence, these features will not work on older Macs, MacBook Pros, and iMacs that pack Intel processors.

For the unaware, Apple has been transitioning from Intel’s processors to its in-house Apple M1 chipsets. The Cupertino giant launched new MacBook Pro and MacBook Air models with its M1 chipset late last year. And recently, at its Spring Loaded event, Apple expanded the M1 portfolio by launching M1-powered iMac and iPad Pro models.

So now that Apple has released the new version of macOS for MacBooks and iMacs, the company has added some features that will exclusively be available on M1 Macs. You can find the list of the M1-exclusive macOS 12 Monterey features right here: 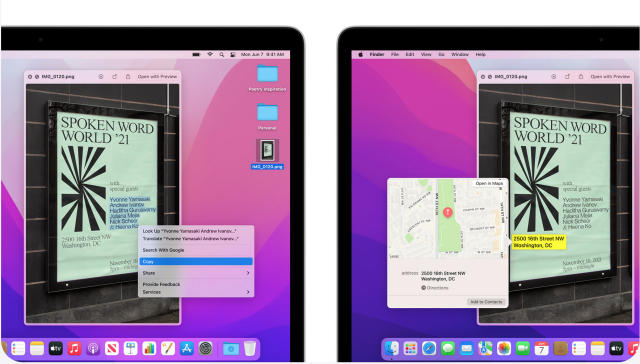 Why are Some macOS Monterey Features Limited to M1 Macs?

So, these are some of the features that will not be available on Intel-powered iMac and MacBook models. Although Apple does not clearly explain why they are not available on the Intel Macs running macOS 12, popular tech-pundit Rene Ritchie says that the Intel chipsets lack the Neural Engine that some of the features like Portrait Mode in Facetime and Live Text require.

However, other than the above features, the rest of them will be available on macOS 12 compatible M1 and Intel-powered Macs. The macOS Monterey update is currently in its first developer beta stage. So, if you want to test it out on your MacBook or iMac, check out our in-depth guide on how to install macOS 12 Monterey developer beta. Also, do let us know about any new feature in the latest macOS update to keep us in the loop.