The world over, where sleep and dream patterns are being studied, there are tales of people having dreams they perceive as being more vivid and more memorable than usual.

And there may be reasonable explanations for it, according to researchers.

Jeff Huang of Brown University in Providence, R.I., gathered data from 100,000 sleep app users around the world. In addition to seeing patterns of insomnia and anxiety that are keeping people tossing and turning deep into the night, the team found something else. More people have been sleeping longer and, crucially, later during the pandemic.

That was especially true in the first few months of COVID-19’s global grip. The variations in sleep patterns depended upon the lockdown states in each nation. In North America, people slept in 45 minutes later on average. In Sweden it was just 15 minutes. In Russia it was a whopping 90 minutes later.

The change in sleep patterns makes sense, considering that many people the world over started snoozing past their usual wake-up time when the morning rituals of going to the gym, hustling the kids off to school or commuting to work vanished. So our brains took that extra morning sleep and ran with it.

Elizaveta Solomonova, sleep researcher and postdoctoral fellow at McGill University in Montreal, says the connection between vivid dreaming and morning sleep is clear.

“Most vivid, immersive, kind of spatial temporal emotional dreams happen in the morning,” she said.

WATCH | Toronto filmmakers Hanna Jovin and Adrian Morphy have been illustrating some of the strange dreams their Instragram followers have been sharing with them during the pandemic:

Hanna Jovin and Adrian Morphy say many, including themselves, have been experiencing strange and vivid dreams since the pandemic began and the pair decided to illustrate and share them on social media. 2:35

Solomonova has been leading a Canadian study called How are you Coping? Sleep issues have figured prominently in the responses, and so have dreams.

In the first few months of the pandemic the global experience didn’t have a lot of strong visual imagery associated with it. But many people were confined to their homes, so one of the most repeated dreams reported in the study was of somehow feeling stuck or unproductive, or trying to catch a plane or bus and just not making it.

“Trying over and over to do something and not succeeding,” was a common theme, according to Solomonova.

“In other words, people didn’t dream quite so much about the actual disease, what they dreamt about was being unable to do what they wanted to do. So this was probably a reflection of a more existential kind of, you know, condition we all found ourselves in.”

Barrett has long been fascinated by dreaming in times of crisis. She maintains this health crisis is a standout for the capacity of people to recall the dreams, and for their lucidity.

Barrett is also struck by the imagery in peoples’ dreams right now. After 9/11, not surprisingly, there were plenty of submissions of plane crashes or attacks. But there were also many accounts of natural disasters, such as earthquakes and tsunamis. She has seen that phenomenon repeat this time, too.

It’s a pattern that appears every time there is something that makes people afraid, Barrett says. However, there is a metaphor in the mix with the pandemic that she has never before encountered: bugs.

From North America, to Italy, to France, again and again survey respondents wrote of swarms coming after them in their dreams.

“And it could be any kind of insect. People dreamed about swarms of bees and hornets flying at them, armies of cockroaches,” she recounted.

Bugs as metaphor for a virus is not much of a stretch. And in many of the dream submissions Barrett reviewed, the bugs weren’t simply frightening — people reported a sense of something dirty and unclean about the whole experience.

Kristen Lee, who lives in Ontario’s Durham Region, sent in a video describing a troubling dream that checked many of these boxes: 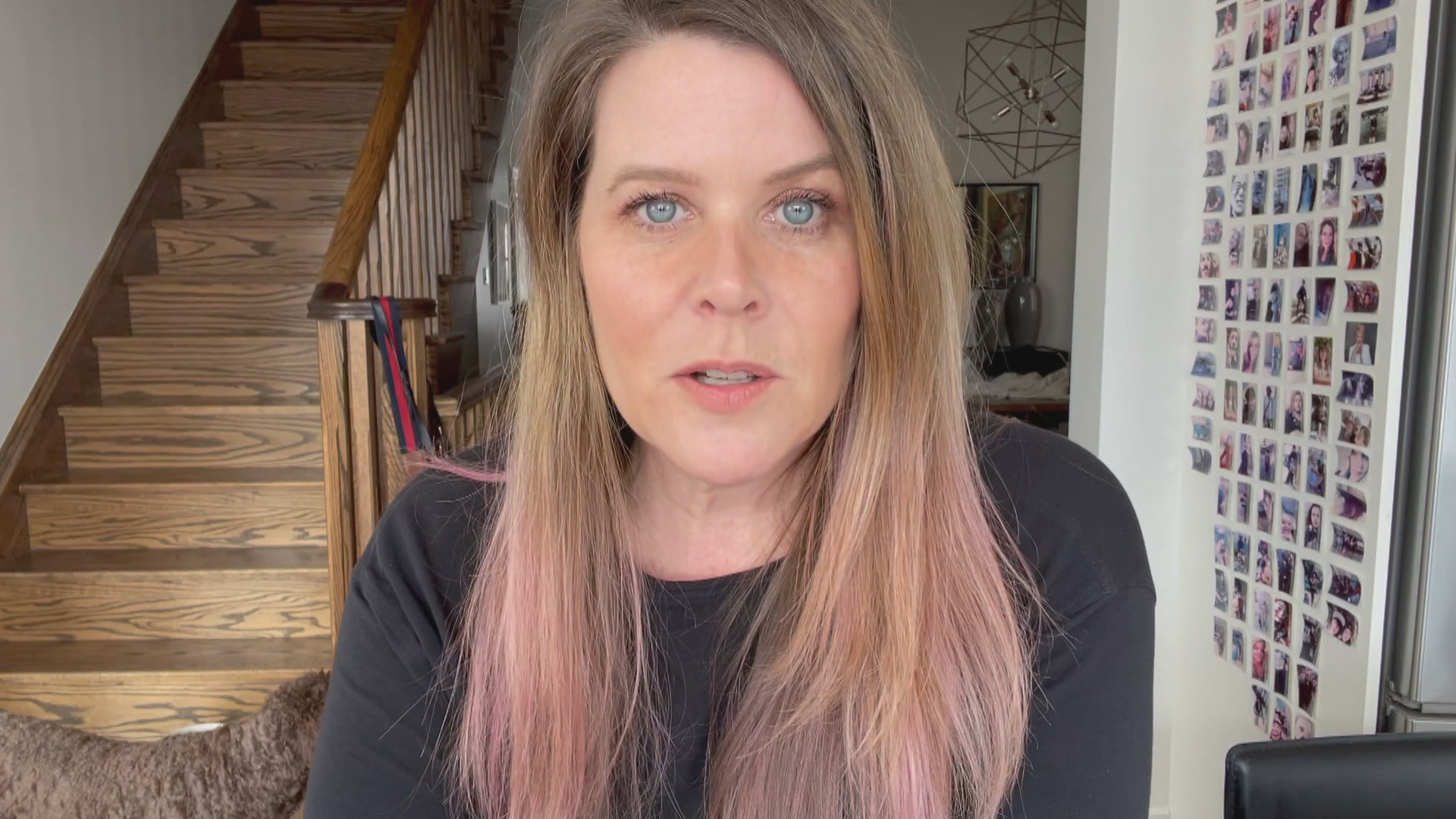 Kristen Lee of Durham Region describes a part of one of her angst-ridden, COVID-influenced dreams. 0:44

Mary Boutelier of Toronto sent in a description of a nightmare that might make your skin crawl. And yes, bugs were all over it: 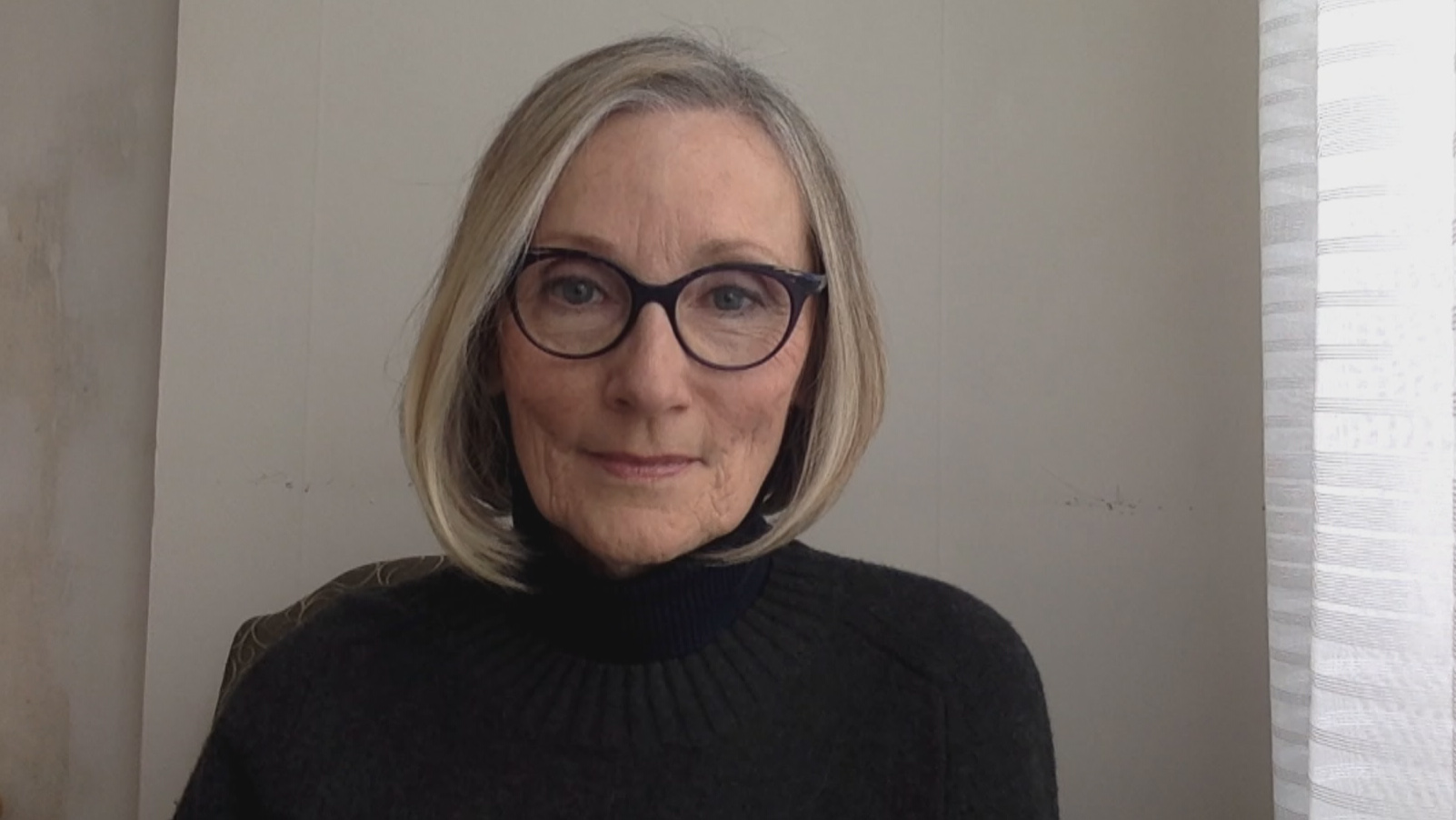 During the COVID-19 pandemic, many surveys have reported dreams involving swarms of insects. Here, Mary Boutilier of Toronto describes one of her creepy, pandemic-related nightmares. 0:28

“I came into the house and I took off my mask, and the inside of my mouth was covered in sticky dead houseflies. I had to scrape them off with my finger,” Boutilier recounted in her video. In the end, there were two left that she just could not get off.

Barrett listens to this tale and nods as if she has heard it before, because in effect she has. It’s a type of nightmare that would be familiar to many who have been studying the phenomenon of pandemic dreams.

“That would be in there, anything from the bugs are going to kill you, to just the bugs are dirty and disgusting and it’s more like this is going to make you sick.”

Both Barrett and Solomonova report that once masks became fundamental to our lives, research shows they became a big part of our dreams too. The public health messages about the need to avoid the virus reached into our dream world, as have those messages about masks being important.

What used to be the typical anxiety dream, showing up for an exam and not being prepared, has effectively been replaced. A common pandemic anxiety dream now looks like realizing you are in a crowded room and no one is wearing masks, and you know you need to get away.

Edmonton’s Rosie Grant says she has noticed that her dreams about social anxieties and embarrassment now incorporate COVID-related imagery and themes, including this one about masks and school: 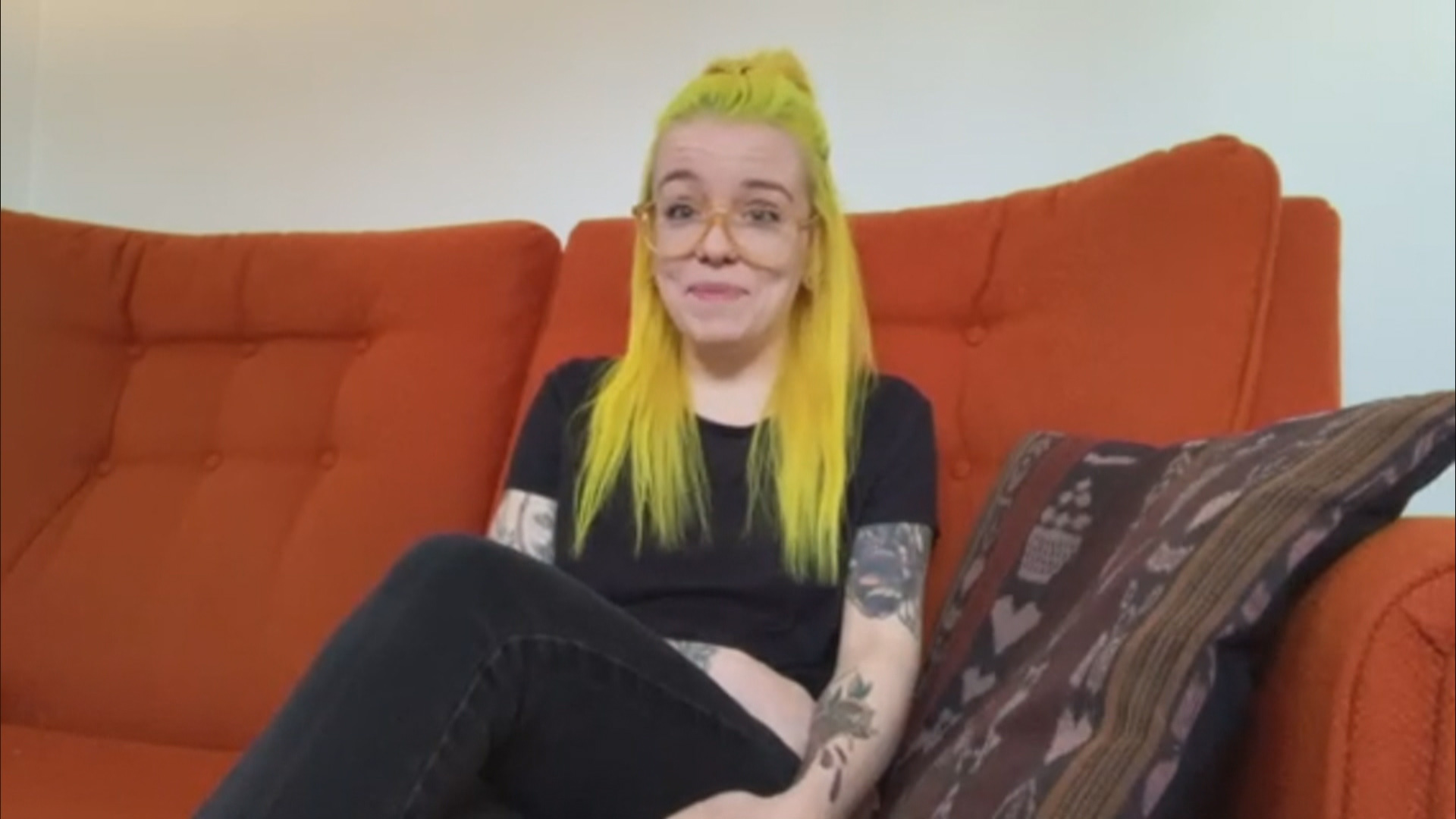 Rosie Grant of Edmonton describes how anxieties over COVID-19 have infiltrated her dreams. 0:40

A lack of masks also played into one of author Margaret Atwood’s memorable COVID dreams, as she tells The National’s Adrienne Arsenault in this video — only the maskless party in her dream was one Atwood had organized: 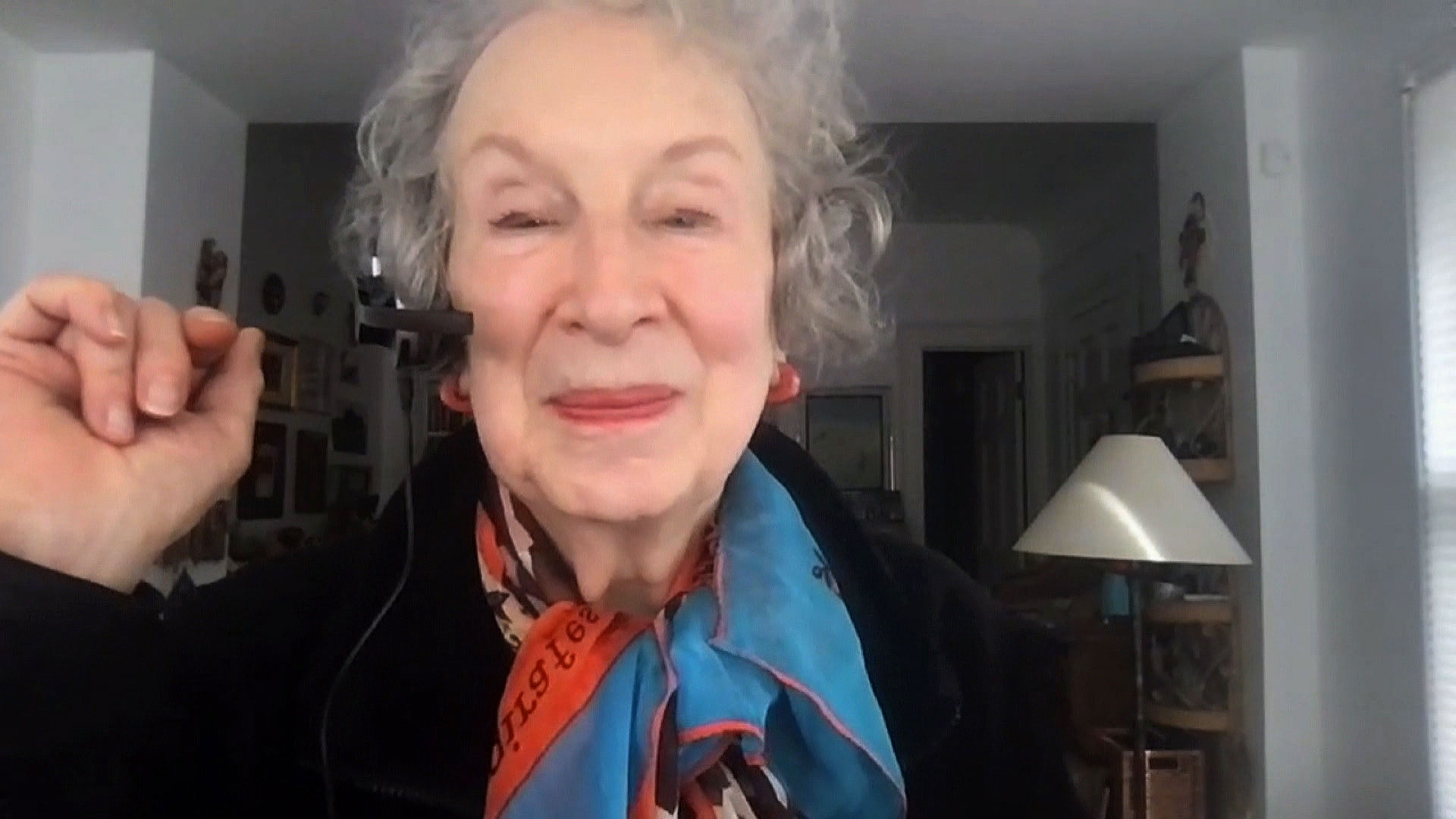 Author Margaret Atwood tells The National’s Adrienne Arsenault about a pandemic-related dream she had involving masks. 0:24

What we’re learning about ourselves

There is something reassuring in the conversations people are having about their dreams. To know you’re not alone helps, but psychologists suggest there is more to consider about these dreams, too.

University of Toronto postgraduate researcher Noor Abbas, along with her colleagues Leela McKinnon and Erica Kilius, conducted a small study of students from 22 different countries to test a theory that our dreams are themselves a test. Abbas is curious as to whether there is an evolutionary function at play.

“Dreaming may have evolved to specialize in rehearsing risky events in an alternate sphere — that is, in dreaming states,” she suggested. “And obviously the added advantage here would be that it eliminates the risk or harm … because you would have that idea that you would have practiced that relevant skill while in dreams.”

This is to say that our brains are reacting to the stress and health threat of the pandemic by using dreams to work out ways to stay safe.

Abbas and her small team at the University of Toronto lab of anthropologist David Samson are far from understanding whether it is indeed the case that we rehearse what we fear and how to escape it in our sleep. But the longer the pandemic plagues us, the more dreams there are to examine and the more this inadvertent global experiment may reveal.

Barrett suggests people pay attention to the nuances of their dreams. Consider, she says, that “some people aren’t as conscious that the loneliness is even worse than the fear of getting the virus, until they have this dream of being in solitary confinement.”

To pay these dreams heed, she suggests, is to perhaps be a little more compassionate with ourselves about how we are coping with it all. The absurdity of our pandemic days is often only really spelled out when the lights go down.

Watch full episodes of The National on CBC Gem, the CBC’s streaming service.

Check Also
Close
Last Modified
Popular Posts
Most Viewed
Facebook Twitter WhatsApp Telegram
Back to top button
Close
Popular Posts
Most Commented
Recent Comments
We use cookies on our website to give you the most relevant experience by remembering your preferences and repeat visits. By clicking “Accept”, you consent to the use of ALL the cookies.
Cookie settingsACCEPT
Manage consent

This website uses cookies to improve your experience while you navigate through the website. Out of these, the cookies that are categorized as necessary are stored on your browser as they are essential for the working of basic functionalities of the website. We also use third-party cookies that help us analyze and understand how you use this website. These cookies will be stored in your browser only with your consent. You also have the option to opt-out of these cookies. But opting out of some of these cookies may affect your browsing experience.
Necessary Sempre abilitato

Any cookies that may not be particularly necessary for the website to function and is used specifically to collect user personal data via analytics, ads, other embedded contents are termed as non-necessary cookies. It is mandatory to procure user consent prior to running these cookies on your website.